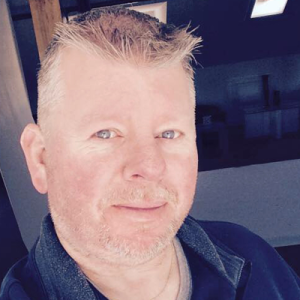 Stewart Smith grew up the small mill town of Rumford in Maine. As he sat in the classroom, he would day dream about doing photo shoots on exotic beaches with beautiful models, shooting the Red Sox or Celtics or traveling the country with his camera. Fast forward to the future! Stewart made his big dreams come true!

Stewart was the official team photographer for the Portland Sea Dogs for 10 years which allowed him to go to Fenway and photograph the Red Sox, as well as, go to the spring training in Florida to photograph the Marlins.

Stewart then took on a job with a publication that allowed him to get on the court to shoot a few Celtics games. Stewart began submitting his work to the New England Patriots Cheerleaders direction and after five years of submissions, they asked Stewart to photograph the entire 2005 swimsuit calendar. Stewart spent a whole week traveling all over New England taking pictures of each cheerleader in different locations.

In 2011, Steward gained national news (and put Maine on the map) as he photographed, submitted and got two models from Maine into the pages of Playboy. Stewart had been submitting models to Playboy in 1997 and after 14 years he was able to get Mei-Ling Lam in (Miss June 2011, centerfold) followed up by Ciara Price (Miss November 2011, cover).

In 2012, one of Stewart’s most memorable weddings took place and landed him across the world in Italy. Stewart says, “It was by far one of the best experiences and jobs in my career!” Stewart is proud to say he has photographed over 100 weddings.

Do you love photography, cars and New England? Do you have the incredible photo skills to capture our Easy cars and the beautiful landscape of New England? If you found yourself answering “Yes!” to any and all questions, you’re in the right place!

We’re always seeking talented community photographers to join our Easy Inspiration Project! To be considered for the project, please fill out our inquiry form! We look forward to hearing from you!

GET IN TOUCH WITH US!