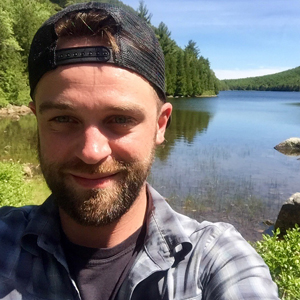 My journey into the stars began at a young age with a great fascination of the night skies in the White Mountains of New Hampshire.   After years of patience and practice with film and digital cameras and a self taught education in astronomy, one night I found myself on a five acre island in the middle of a lake in nowhere Maine.   Here, under incredibly dark skies, I pointed my Nikon D7000 to the south then to the north later that night.  What would appear on my LCD over the course of the night changed my life forever.  The Milky Way Galaxy and the Aurora Borealis in all its greatness was right there, all mine, captured in an image I would be able to keep forever.   From this moment on I was 100% hooked.  I discovered  my path in life: to capture the stars.  Since that night I have been studying and photographing as much as time and weather will permit.   I currently reside in southern New Hampshire, spending my time teaching workshops and presenting about astrophotography around New England, creating fine art and short time lapse films, as well as filming/time lapse for the BBC.  I have been featured in the TWAN Earth and Sky contest, have had multiple features on Space.com, Bing.com, EarthSky.org, and have presented on astrophotography at the McAuliffe-Shepard Discovery Center in Concord, NH and at the Parker River National Wildlife Refuge in Newburyport, MA.

Do you love photography, cars and New England? Do you have the incredible photo skills to capture our Easy cars and the beautiful landscape of New England? If you found yourself answering “Yes!” to any and all questions, you’re in the right place!

We’re always seeking talented community photographers to join our Easy Inspiration Project! To be considered for the project, please fill out our inquiry form! We look forward to hearing from you!

GET IN TOUCH WITH US!